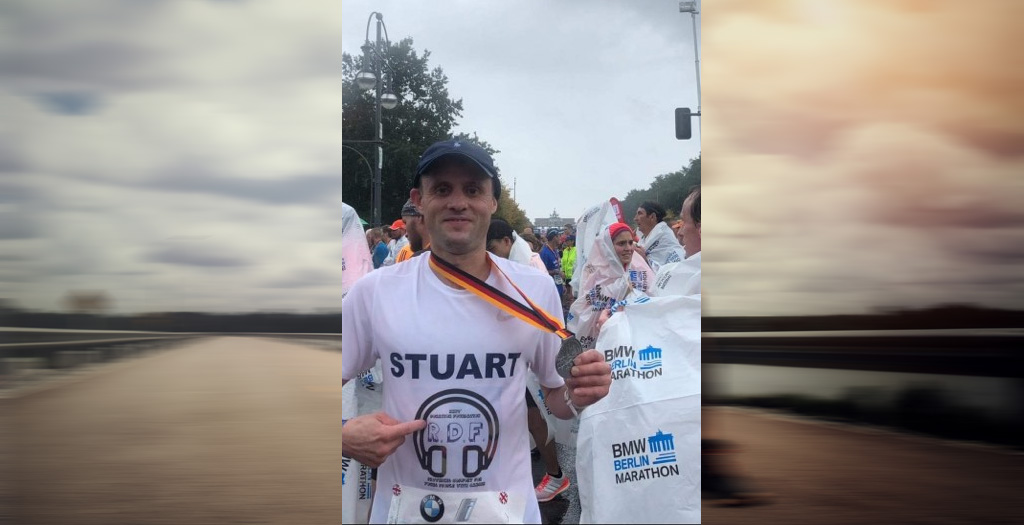 Stuart Gregory a.k.a The Marathon Man has set himself an almighty challenge, he is running 4 of the world’s major marathons. He completed London in April, Berlin in September, Chicago in October with New York in November. Stuart’s aim is to raise £4,000 for our charity. Alongside running the marathon Stuart has also up a competition, he is asking people to guess the time it will take him to complete Berlin, Chicago and New York. The person closest to the time will win a cash prize.

Despite cramp and ligament injury, Stuart is finishing the marathons he has run so far in under 4 hours! Quite an achievement. Stuart’s main goal however is to raise as much money as he possibly can for RDF. Without people like Stuart, RDF would not be in a position to offer help to children who are facing cancer. If you are thinking of setting yourself a challenge like Stuart, we say go for it. If you would like to raise money whilst doing so, please consider RDF as a beneficiary. We promise that the money you raise will go towards helping those who need it most.

You can sponser Stuart here.